ScummVM 1.7.0 and The Curse of Monkey Island

[Edit] It turns out it was faulty data files that made Full Throttle not work, and not the MorphOS port of ScummVM. Also clarified that it’s the PC data files you need.

There where several games that defined the Amiga: Lemmings, Speedball 2, Cannon Fodder, and of course: The Secrets of Monkey Island by Lucasarts in 1991. It was a point-and-click game that overcame it’s gaming shortcomings by adding plenty of monty-pythonesque humour. And it looked really good.

The Amiga was still going strong, but had already losts it’s competative edge. The VGA PC version had better graphics (256 colors against the Amiga’s 32) and better sound. But on the low end market Amiga was still king. Atari ST and PC:s with EGA only had 16 colors and poor sound. 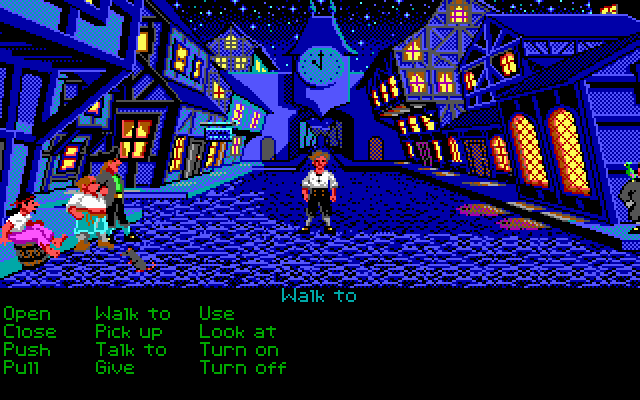 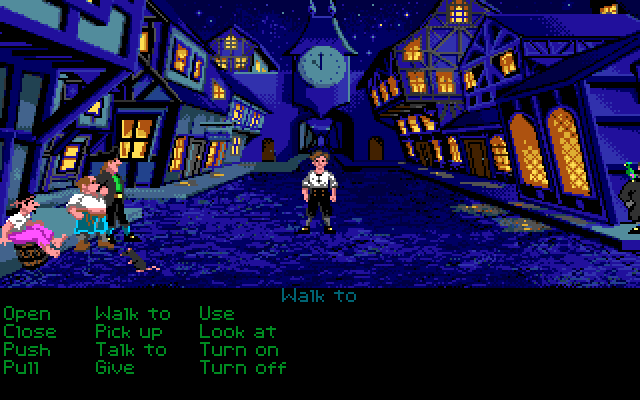 … and the 32 color Amiga version. As you can see, there is not that much of a difference. 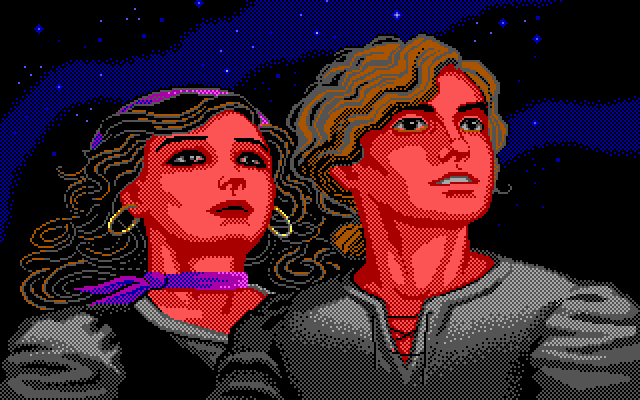 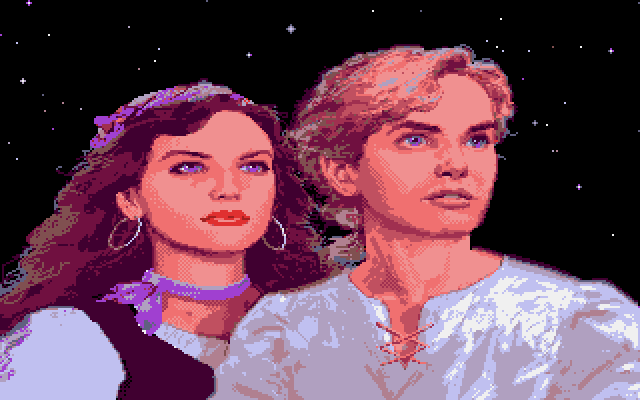 … and the 32 color Amiga version. Here the Amiga is at a clear disadvantage.

While the Amiga couldn’t produce the best graphics or sound anymore, you have to remember that a PC good enough to show these improvements cost between 2300$ to 7000$ in 1991 (3600$ to 10.100$ in todays value) while an Amiga 500 cost about 350£ (580£ or 880$ in todays value). The Super Nintendo that was introduced this year cost about 200$ (310$ in todays value). But the Amiga’s best selling point was it’s vast library of cracked games that kids could cheaply swap with each other, something that you couldn’t do with a Super Nintendo. For many whose parents wasn’t rich enough to buy all the cool games this was paramount.

This year was the peak of Amiga sales, with about one million units sold worldwide and it owned about 5% of the world market (thanks to strong dominance in England and Germany). But the technology was obviously getting old and sales soon started to fall. Especially to the PC as it was quickly becomming faster, better and, more importantly, affordable. When Commodore finally released a new generation of Amigas – the 32 bit Amiga 4000 and Amiga 1200 – in mid 1992 (and the game console Amiga CD32 the very next year) it was simply too little too late. By 1993 the company suffered staggering losses and declared bankrupsy in 1994.

In 1992 Monkey Island 2: the revenge of LeChuch was released for the Amiga (among others, but not the Atari systems) to critical acclaim. This would be the last Monkey Island game made for the Amiga. Lucasarts keept making good point-and-click games for the PC and Macintosh for a number of years until they simply lost the magic and started to make mostly Star Wars games. More bad ones than good ones. George Lucas finally sold his company to Disney in 2012, who closed down all game development the very next year. Today, Lucasarts lives on simply to cash in on licence fees.

In 2001 the first release came of ScummVM. Scumm is the name of the enginge that Lucasarts used in all or most point-and-click games (short for: Script Creation Utility for Maniac Mansion, which was the game it was originally developed for). ScummVM is an open source recreation of the very same engine (keeping the name “Scumm” but adding “VM” for “virtual machine”) that is still being developed today as there are still plenty of bugs to iron out. It was originally meant to be an engine for Lucasarts games, but has expanded to include a variety of point-and-click games from several different compaines.

One of the main goals of ScummVM is portability. So this engine exists on plenty of operating systems, including MorphOS (naturally). The latest version, 1.7.0 (stable) was ported by Fabien “Fab” Coeurjoly. He’s famous for making the web browser OWB.

First you need to download the program (here). Unpack it and place it whereever you want. It’s that simple. You just need to double click on the icon and it’s running. Next we need some games.

The Curse of Monkey island

This game is the third installment of the Monkey Island series and, according to me, the best one. Released in 1997, it combines that well known silly humour and equally silly puzzles with nice and cartoony graphics and great cell animation based cut scenes. And of course a talanted voice acting cast.

You have to find yourself a copy of the game somehow (PC version). Once you have found it, just copy the game data somewhere convenient. I created a game catalogue inside the ScummVM folder, then made a folder called “Monkey Island 3” and placed the game data there: 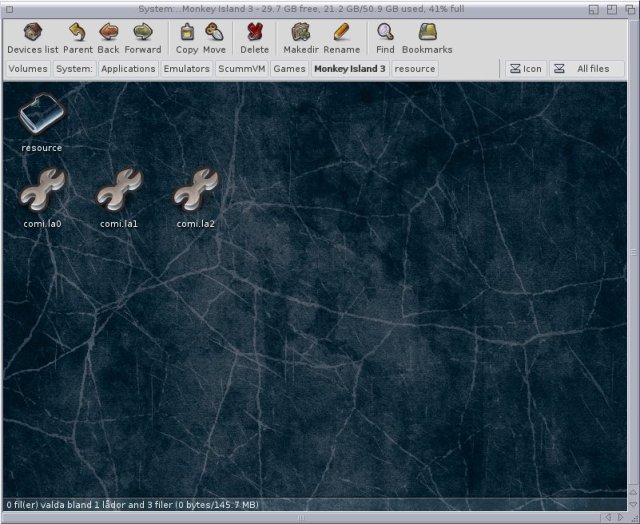 Next we double click on the scummvm icon in the ScummVM folder. We will then see the main menu:

And also this error message:

I have no idea what this means, but it doesn’t seem to affect much of anything. Hopefully, this is still something that can be fixed in future updates.

Now you can press “Add Game…” which will let you choose the folder of a game. We click on the Monkey Island 3 folder. Next, we can either click on the “Edit Game…” folder and set it up the way you want:

Or you can just press “Start” and play the game. Depending on the game you can reach the save menu by pressing one of the F buttons. I played the game from beginning to end with no problems so you don’t have to expect it to break. 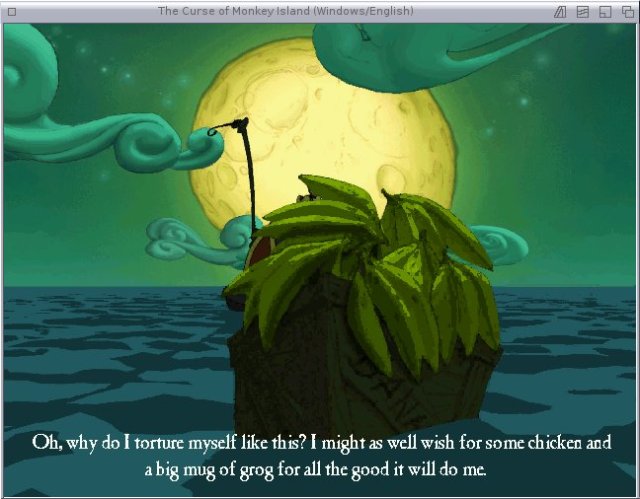 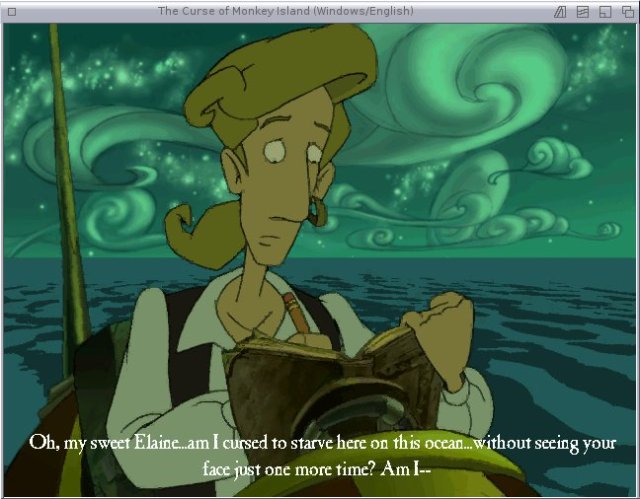 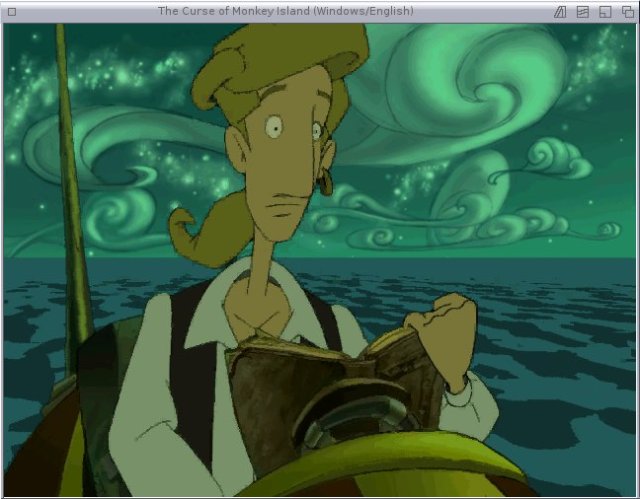 This entry was posted in Uncategorized and tagged Games, Program, ScummVM. Bookmark the permalink.

7 Responses to ScummVM 1.7.0 and The Curse of Monkey Island