INSTALLING AN SSD ON MY POWERMAC G5

I have been looking for an SSD for my PowerMac G5 for a while now, and I finally got my hands one one. The problem is that the G5 uses SATA 1, and most SSD today are SATA 3 and only a few are backwards compatible all the way to SATA 1. The best solution is to look for a used SATA 2 disk that works with SATA 1. I asked around and got suggested to look for an Intel 320 series SSD. They are to 95% compatible with SATA 1.

Luckily, I did find one pretty close where I live and also for a pretty good price (about 70 Euro). So I opened up my G5 (doing that is very easy): 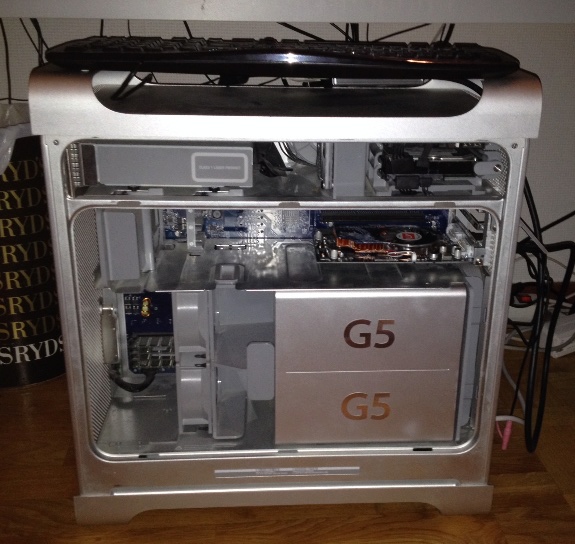 You can see my hard drives on the top right: 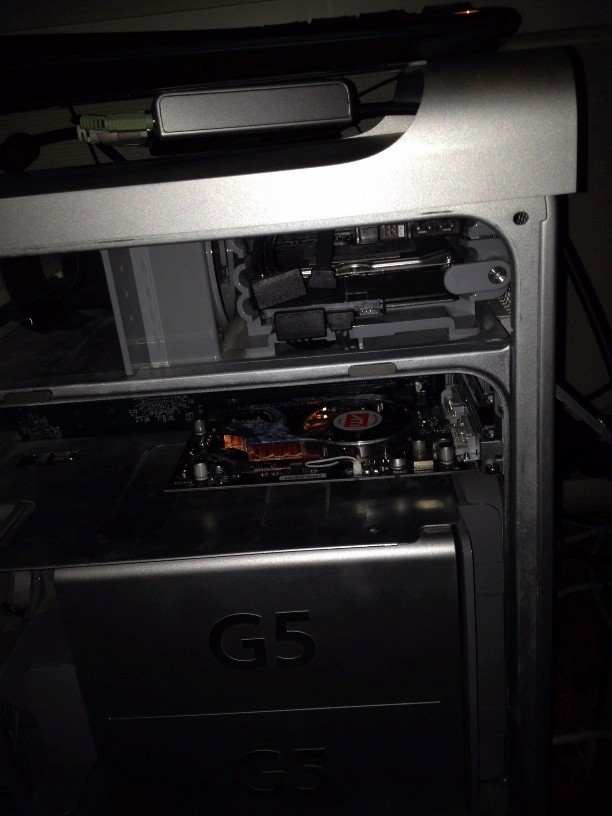 I have two hard drives, but only the lower one is being used (I havn’t bothered getting the top one to work). I remove it, which is also pretty easy and then I insert the SSD in the same slot. Just look at how different in size they are: 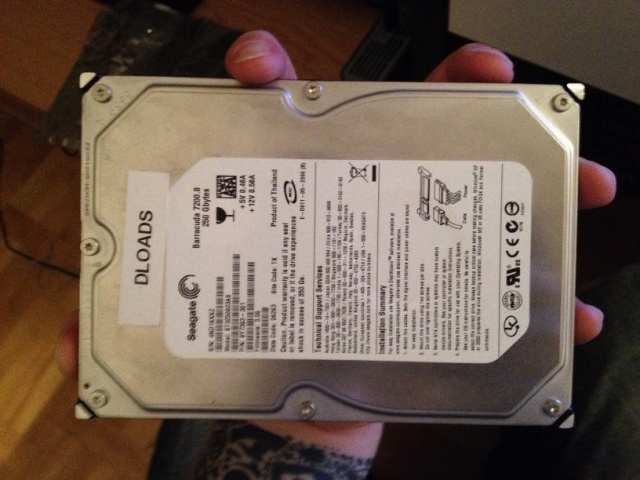 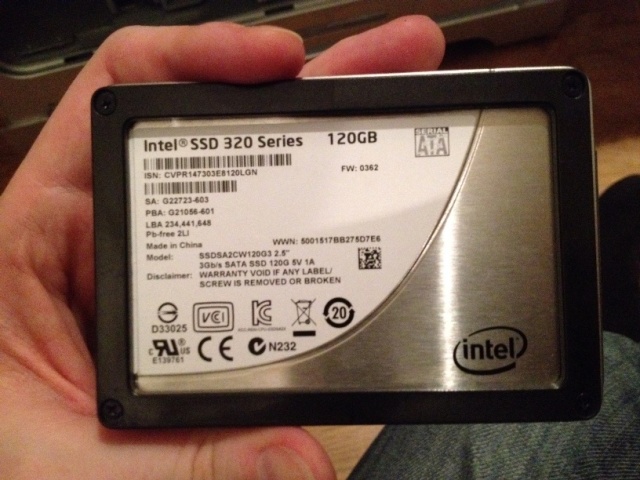 And the SSD is also a whole lot thinner and lighter. Lets plug it in: 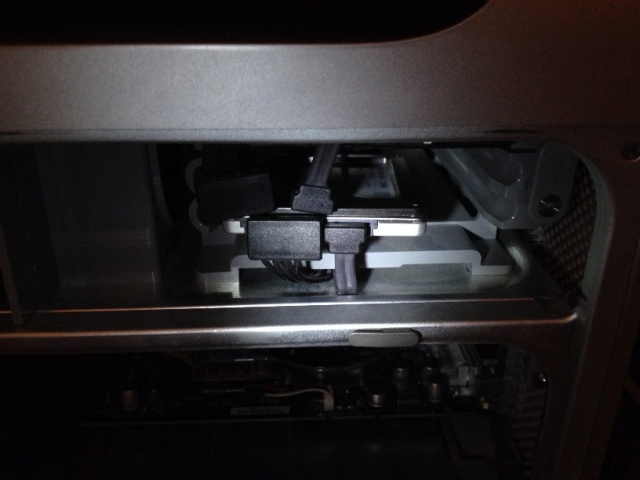 Pretty simple. After that it’s just a matter of closing up the G5 and start the standard installation process (I usually use the CD, it’s much more reliable than the USB installation solution). The installation worked without a hitch. Then all thats left is to use my fresh backup and get my computer as it was. This is of course the part that take the longest time to finish (over an hour for some 60 GB of stuff). The good thing about MorphOS is that you don’t need any backup program. Just copy everything from one drive to the next: 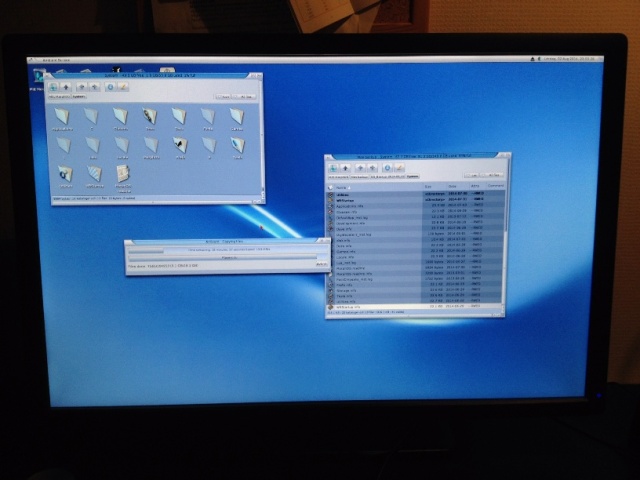 Then I reboot, and everything looks like before. Except that my new drive is only about half the size of my old one. But that doesn’t bother me, I still have plenty of space left.

So how much faster is an SSD then? Sadly, I don’t have any benchmarks so I have to go with what I see. SATA 1 is capable of a 1.5 GB/second file read (3 GB/ second for SATA 2 and 6 GB/second for SATA 3) which is a lot faster than any standard SATA hard drive. MorphOS does boot up a lot quicker, even though MorphOS was quick before too. I only get a glimpse of the boot pic before everything has started. Loading the background picture is also noticably faster. But the place where an SSD really gets to shine is where you list a drawer with a lot of files: here it simply flies! Starting programs is also a little faster.

But when I try to start Jedy Outcast it’s doesn’t load faster at all. This is for the simple reason that it’s a very CPU heavy load and therefore has nothing to do with the speed of the SSD. This was pretty much expected.

So is this a good buy? It depends. MorphOS is a very lean OS in itself so you don’t get that much speed improvement as you would with Windows, MacOS or Linux. But it does get noticably faster, and in some cases a whole lot faster so if you have the opportunity to get an SSD for a good price, I think you should go for it.

Just in case you have missed it, version 3.7 of MorphOS was released today. This is a bugfix version so there is no new stuff this time. You can download it from here.

This entry was posted in Uncategorized and tagged Hardware, MorphOS, SSD. Bookmark the permalink.

4 Responses to SSD and MorpOS 3.7 released