There are some things that are essential for an OS if you want to turn it into your main system. One is a reliable and fast web browser. With MorhOS 3.3 it did happen, and the OS went from a fun little past time to my main OS of every day use.

The other is a good, working image editing tool. And here MorphOS have several (Showgirls, Art Effect 4 etc).

But one thing that has been missing is a good word processor. The Linux camp solved it by “simply” making one themselves: Open Office and Libre Office. For various reasons these excellent office packages are hard to port for MorphOS, which is why we don’t have them.

So what are our alternatives? Let’s take a look at 5 different ones.

This is one of the last (maybe the last) word processor made for the Classic Amiga. And it’s also the only one that is still for sale. It’s cheap, so I bought myself a copy.

Installing it was troublesome. No matter what I did, I could not get the installer to work. The solution was to install it in UAE in Windows, and then just copy the files to a USB, and then to MorphOS. After assigning AmigaWriter: (Start shell –> ed s:user-startup –> write Assign AmigaWriter: volyme name:place/AmigaWriter), everything works. Here is what the program looks like, after writing some random text: 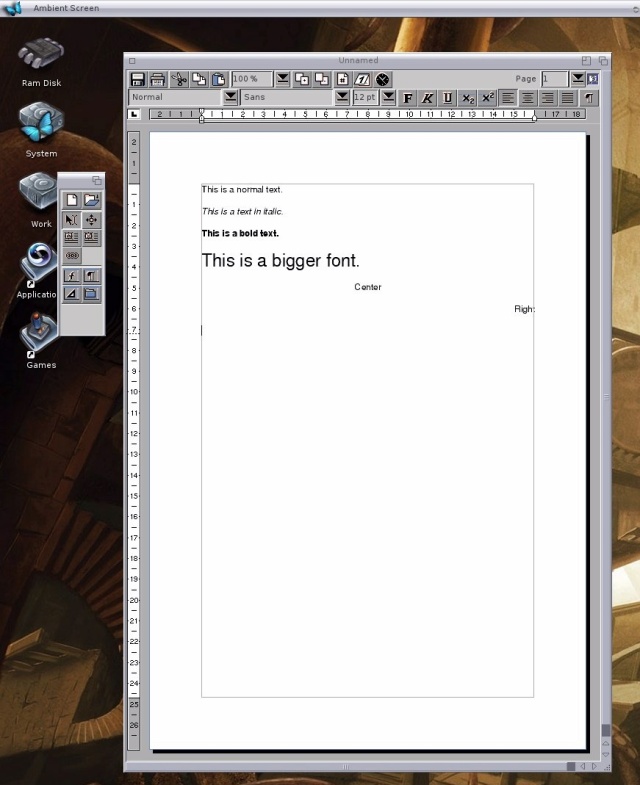 There are some bugs and random crashes, and some features like bullet listings are missing, but this is still a pretty neat word processor. The problem is that because it’s so old, there is no support for PDF. The best thing you can do is saving it as RTF, which means that most of settings seen in the above picture will be lost. So unless you have a working printer with MorphOS (I don’t), you will not be able to do much beyond what you can do with a simple text editor. Like copying between different computers. Not having PDF support is a deal breaker for me, so I can not recommend this word processor for that reason.

This is a simple word processor made for all the different NG Amigas. You can download it here. It really is a simple, and also unfinished program. There are plenty of bugs that needs to be ironed out before this can be called anything but alpha/beta. I have been in contact with the author, and he assured me that despite the program havn’t been updated in a year, it’s still being worked on. Here is what it looks like: 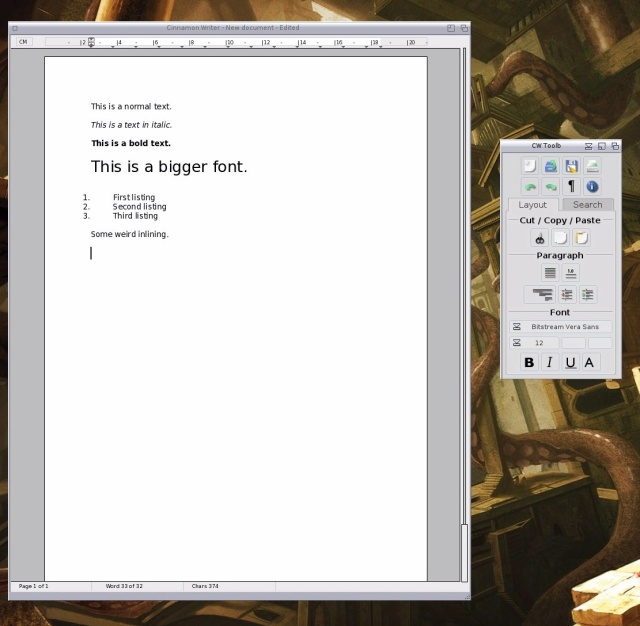 As you can see, there are some features missing (bullet listing is there (sort of), but not alignment) but for simpler stuff it’s good enough. Like Amiga Writer it doesn’t have PDF support (it’s planned though), but it can save in Microsoft DocX format, which is at least pretty useful (see below). Which is important since there is no printer support either.

Next we have Scriba, which is also a light weight word processor like Cinnamon Writer. The difference is mostly that this has more working funtions: 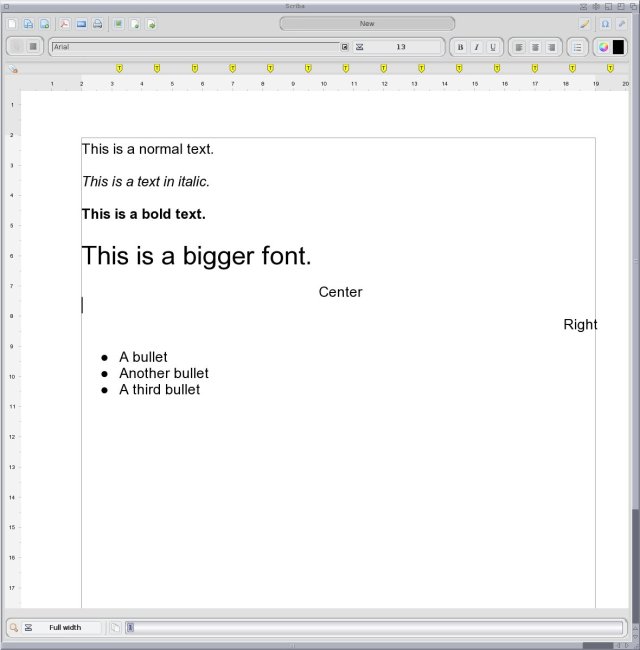 Most important function though can’t be seen on the screen. It’s the PDF support! Here is what the text look like when saved as PDF: 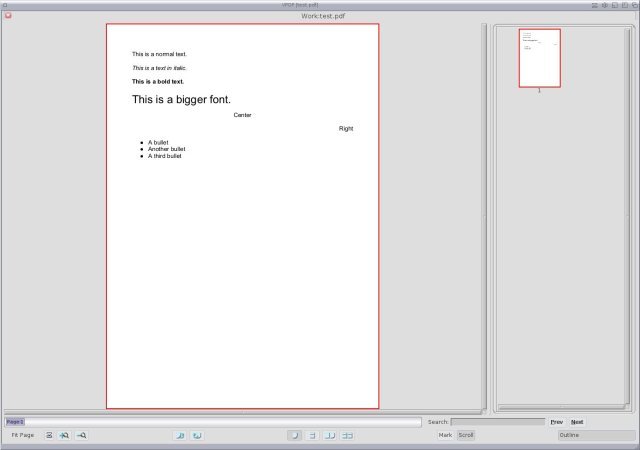 Other functions are saving as ODT, a HTML exporter, printer support, dictionaries (that I can’t get to work sadly), an almost working image placer, background picture, business card maker, bar code creator and much more. 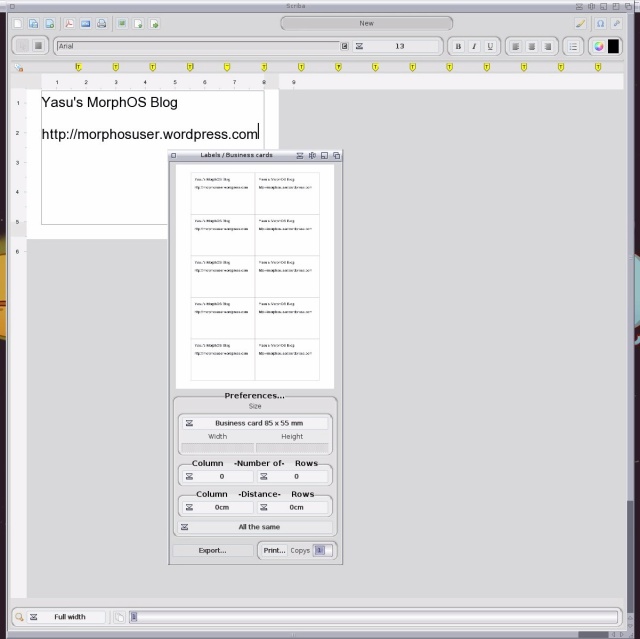 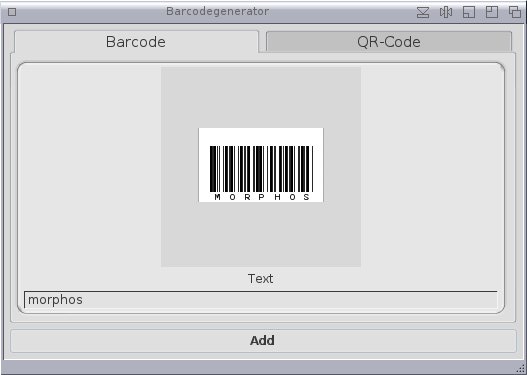 And here is the bar code generation tool. 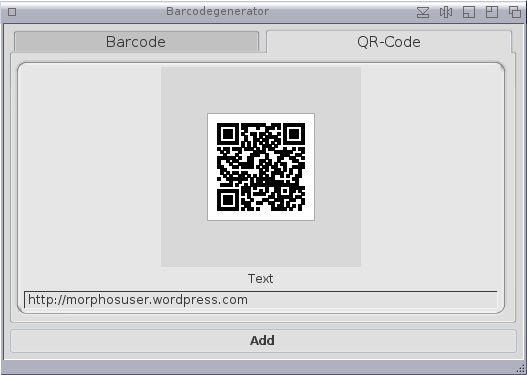 And the QR code generation tool.

It even starts a little faster than Cinnamon Writer. Sadly, there hasn’t been a new version since last November. I do hope it doesn’t mean work has stagnated. But even as of now, this is a pretty useful program for simpler stuff, but beware of bugs. You can download it here.

Thanks to OWB and it’s pretty good HTML5 support, there are now several ways to write documents online. The one I’ve been using is Google Docs. It does require that you have an account at Google (Gmail etc), which is free so it’s not such a big deal. Unless you are afraid of potential lack of security or invasion of privacy. I for one havn’t noticed anything though.

One good thing about Google Docs is that you get access to a lot more than just a word processor. It got spread sheets for example, and there are plenty of free apps you can add. But we will be looking at the word processor.

This actually looks perfectly like a DocX should look like, which becomes a big plus for Cinnamon Writer. Let’s try doing the same thing with Scriba, but with an ODT file instead: 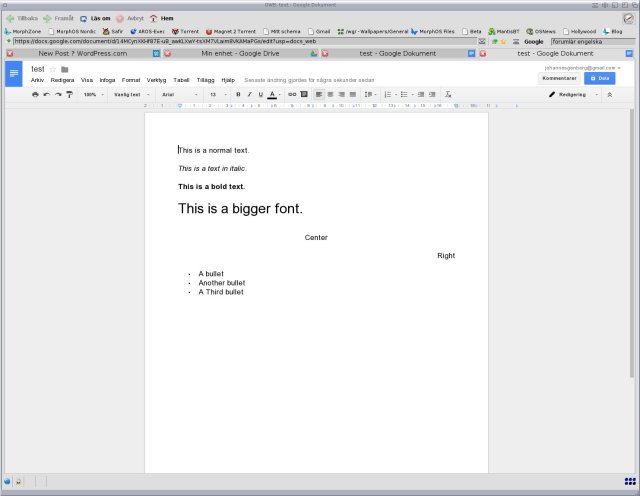 Just like with Cinnamon Writer, this looks perfect and gives Scriba once again the edge over Cinnamon Writer. This means that you can use any of those programs to write something simple and then use Google Docs to convert it and save as PDF. It’s not a pretty solution, but it works. 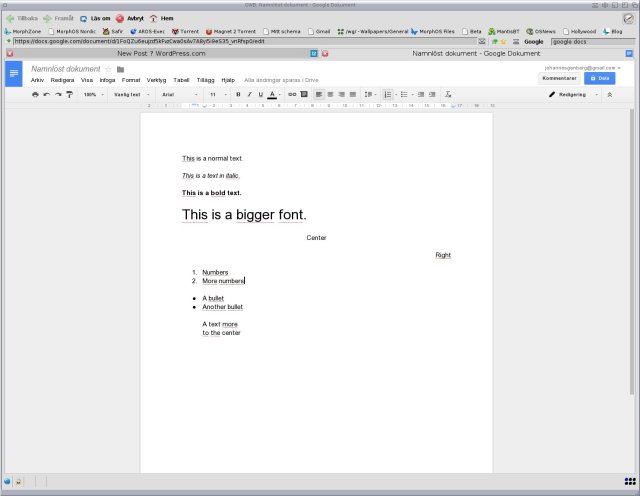 And this is what it looks as a PDF: 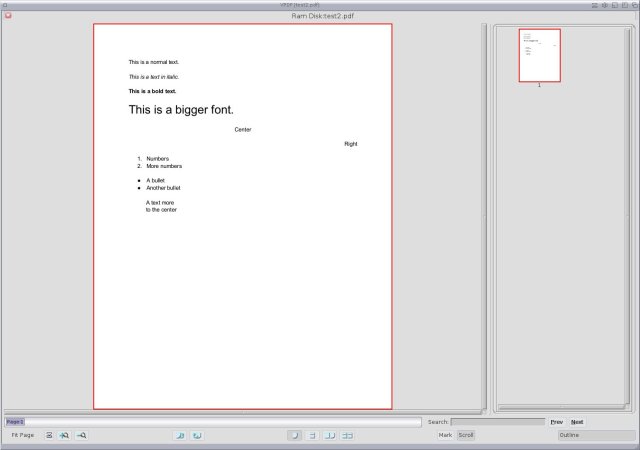 As you can see, this is pretty much everything you want with a word processor. There are three big problems with this solution though:

But beggers can’t be choosers so this is a really good solution for most MorphOS users. Or a combination of using Scriba or Cinnamon Writer, saving in DocX/ODT and let Google Docs do the conversion to PDF. At least Scriba has printer support if you got a working printer.

I thought we also should take a look at Microsoft Office Online. There really isn’t much to say here since it’s pretty much the same as Google Docs. Maybe it got a few more functions though. Just like with Google Docs, it requires an Microsoft account (Hotmail). Everything said about Google Docs is just as true with Microsoft Office Online, both good and bad. And it also got auto correction. So which one you want to use is mostly a matter of taste.

This is how a text in Microsoft Office Online looks like: 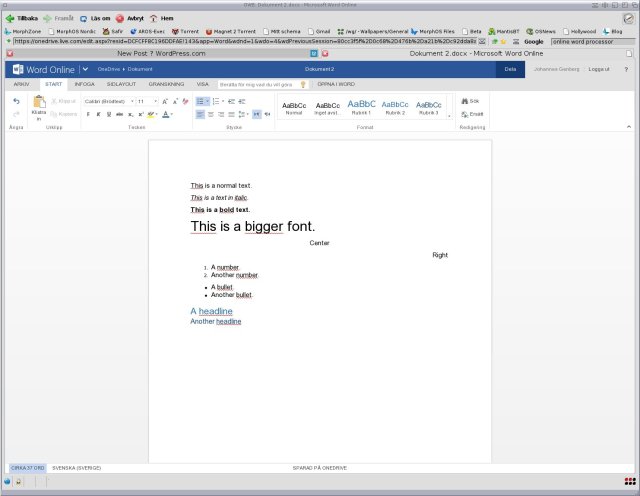 And this is how a saved PDF looks like: 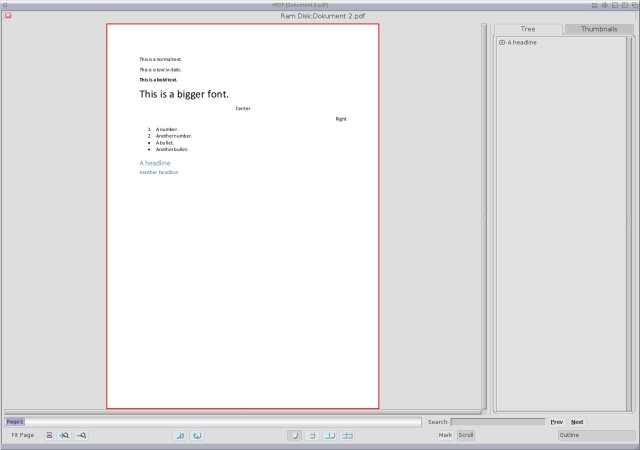 Even though MorphOS doesn’t have an Libre Office, there is still thankfully ways to make your computer useful as we have seen. No solution isn’t ideal, and one might argue that they are all bad solutions, but better bad solutions than no solutions at all.

This entry was posted in Uncategorized and tagged Word processor. Bookmark the permalink.